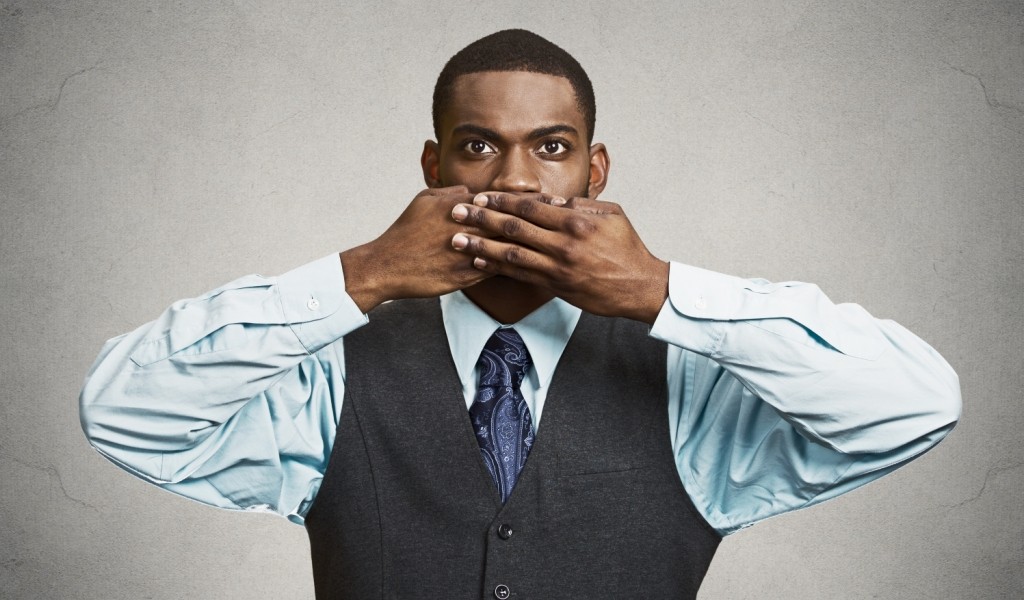 When it comes to jobseeking, there’s no worse feeling than being told you haven’t got the role…

Not only is it a blow to your confidence, it can also feel like all your efforts were wasted. But the good news is, you can turn these feelings around. In fact, you might be surprised at how rejection can actually help you get your dream job if you look at it in the right way.
We’ve already covered how to deal with interview rejection, but here are five things you should never do if you don’t get the job:
Overreact
OK, so hearing you haven’t got the job probably isn’t the best phone call you’ll ever get.
But although it might feel like terrible news at the time, that doesn’t give you the right to lash out – especially if you forget to hang up the phone first. Not only will you risk embarrassing yourself, you could also end up burning future bridges. It’s essentially the job equivalent of being a sore loser.
So before you overreact (see also: assume your life is over, build a duvet fort, plan to be unemployed forever) – put things into perspective.
Take it personally
Job rejection can induce the ‘why me?’ in everyone. But before you start putting yourself down, remember that rejection is nothing personal. Sure, you didn’t get the job, but that’s probably just because someone else probably matched the specifications that little bit better. Often it’s a question of competition, rather than personal performance alone.
Additionally, there’s the bigger picture – the one with hundreds of applicants, numerous shortlisters, and maybe ten interviewees. Making it past any of these stages is an achievement, so don’t take it to heart if you don’t get the job at the end of it.
Sometimes you’re just outnumbered.
Keep reaching out
Sending a thank you note and/or asking for feedback are perfectly acceptable ways to respond to job rejection. Calling the recruiter at ten minute intervals in the hope that unrestrained eagerness is the secret quality they’re looking for is definitely not. It won’t change their mind and you won’t wear them down. You’ll probably just get your number blocked – and, let’s face it, desperation is never a good look.
A professional response is far more likely to paint you in a good light – and who knows, you might even be considered for a future vacancy if you leave it on good terms. So step away from the phone…and stop trying to find them on Facebook.
Four ways to follow up after an application
Reject feedback
So you’ve been turned down from a job, and the recruiter asks if you want feedback. But you’re in a state of number 1 and 2 combined, so you immediately say ‘no’, convincing yourself that any further criticism will only make you feel worse. If this sounds like you, it might be time to re-evaluate how you deal with rejection. Instead of seeing feedback as an opportunity for recruiters to poke holes in your performance, see it as essential guidance that could help you through your next job application.
Any criticism is given constructively – and it’s meant purely for your benefit. In fact, you might be surprised at how positive it may be. Look at it this way: rejecting feedback is basically like having broccoli in your teeth but not letting anyone tell you about it. Trust us; it’s for your own good.
Refuse to change
‘It’s not me, it’s them…’
Sometimes not getting the job you thought you’d be great at can result in playing the blame game – where it’s not your fault you’ve been turned down, it’s the employers. But no good can come from dismissing your potential weaknesses. If you were right for the job and you thought the interview went well, it might be time to dig deeper to figure out why you weren’t successful.
Assess your answers to their interview questions, look for mistakes, and use what you find to work harder on the areas you struggle with. Because maybe it’s not them or you – but your technique that needs work.
Previous Post

12 things you should never do at an interview

How to: Cancel an interview | cancelling interview How to: Cancel an interview | cancelling interview

Questions to ask at an interview