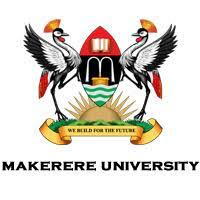 According to the Makerere University Communications manager, Mr Muhammad Kiguddu, the administration directed University police to launch an investigation in the disappearance of former guild aspirant, Mr Joshua William Mukisa.
However, the police have not come up with a report as  “the people power” presidential candidate remains missing over two weeks now.
“The student disappeared from the university and no one knows his whereabouts to date. Investigations are still underway,” Mr Kiguddu said.
The third-year Law student was last seen on the Friday night of May 17 by a roommate, Mr Tadeo Nyakoojo, with whom he resides at Lumumba hall.
“I returned from reading, I kept my books and I went for supper in Kikoni. On my way, just at the hall entrance, I met him and I told him where I had put the key and proceeded for supper. That was the last time I saw him,” he said.
A confession from two of Mukisa’s friends however pointed to the unthinkable when they said that the latter confided that he could be having stalkers and had been receiving numerous threats the exact day he went missing.
“He called me and Spector on Friday to his room. When we reached, he told us he was receiving unknown calls from people who were threatening him. This was before he posted on his Facebook denouncing People Power [a political pressure movement championed by Kyadondo East MP Robert Kyagulanyi alias Bobi Wine,” Mr Kawooya said.
Previous Post