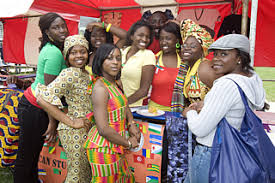 PUBLIC NOTICE: Students studying abroad.
The Government of the United Republic of Tanzania has found that there are students who are Tanzanian citizens who are studying at the Higher Education Institutions outside the country but reports of their presence in these countries are not known in our Embassy offices in the countries they are studying.
On the basis of this statement, all Tanzanian citizens, who are outside the country they have gone to or through the coordinates organized by the Government of the United Republic of Tanzania and by the co-ordination or co-ordination of any other Institution and are aware that their information is not known in the Office. Ambassadors of the United Republic of Tanzania in the countries they read, are directed to present your information in advance to our Embassy offices in the country you are reading.
This issue we ask you to pay for what you deserve for it will help us all if the country is in a state or a happy event and perhaps during a crisis.
We insist that you take care of it and see it as part of fulfilling the role as Tanzanians.
Issued by:
THE GREAT SECRETARY
EDUCATION, SCIENCE AND TECHNOLOGY
Read 909 times
Previous Post