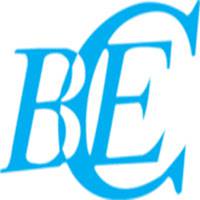 CBE Join Instructions For Certificate and Diploma 2019/2020 | PDF Files
The College History in brief: The origin of the College of Business Education (CBE) is closely linked to the history of the Nation itself. It was soon after Independence on 9th December 1961, that the newly independent state found itself in need of trained personnel to Commercial and Industrial activities. At that time there were very few nationals with commercial education and expertise. The need to train nationals for the commercial sector therefore gave birth to a business training institute in the country. His Excellency, J.K. Nyerere, the first President of the United Republic of Tanzania officially opened the new College in Dar es Salaam – January 1965. The College was officially named the “College of Business Education” (CBE).
Recommended:
CHECK MORE SCHOLARSHIPS OPPORTUNITIES TO STUDY ABROAD HERE!
Over the years the College has grown in size and a second campus was opened in Dodoma in October, 1983. This campus was also officially opened by the then President Mwalimu J.K. Nyerere. The College opened another campus in Mwanza in December, 2007. Recently, in 2013 the College established another campus in Mbeya which currently offers Ordinary Diploma and Basic Certificate courses. The number of programmes has increased from one (1) in 1965 to ten (10) in 2018.
READ ALSO:  CHECK TAARIFA ZOTE MPYA NA MUHIMU KUHUSU UDAHILI/ADMISSION CERTIFICATE, DIPLOMA AND DEGREE (TCU, NACTE, HESLB and RITA) 2019/20 ACADEMIC YEAR, CLICK HERE! These programmes are offered in Postgraduate and Undergraduate levels across all campuses.
Currently, the College has enrolled a total number of 6740 students in all Campuses. To download PDF Files for joining instructions click the links below:
DIPLOMA AND CERTIFICATE SELECTED STUDENT SEPTEMBER 2019
ADMISSION AND JOINING INSTRUCTION FORM FOR DIPLOMA SEPTEMBER INTAKE 2019
ADMISSION AND JOINING INSTRUCTION FORM FOR CERTIFICATE SEPTEMBER INTAKE 2019
Previous Post

LIST OF COLLEGES WITH SELECTED STUDENT FROM TAMISEMI AND JOINING INSTRUCTIONS

BA of Library and Information Studies BA of Library and Information Studies