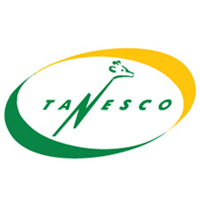 Historically, the German colonialists established the first public electricity supply in Tanzania, the then called Tanganyika in 1908 at Dar es Salaam. It served the railway workshops and a part of the town where the colonialists were mostly staying. In 1920, when Tanganyika territory was put under Great Britain protectorate, a Government Electricity Department was formed to take over and operate the public supplies left by the Germans. In 1931, the Government handed over the undertaking at Dar es Salaam and those elsewhere upcountry (Dodoma, Tabora, and Kigoma) to private enterprises. One of these companies was the Tanganyika Electric Supply Company Ltd. (TANESCO) and the other Company was the Dar es Salaam and District Electric Supply Company Ltd (DARESCO). The two companies were merged in 1964 and later changed their name into Tanzania Electric Supply Company (TANESCO).

i.To provide secretarial and administrative support to another office as needed, attend victors/customers upon arrival;

ii. To maintain calendar and the manager’s diary;

iii. To effective maintain filling systems and updated index to ensure proper maintenance of records and easy retrieval of documents;

iv. To organize meetings and events in the respective office as directed by the manager;

v.To make travel arrangements for the manager and other staff in the department;

vii. To supervise dispatch and receive reports, parcels, and letters to ensure good management of the office.

REMUNERATION As per TANESCO’s Salary Scale

The deadline for submitting the application is 02 November 2021.