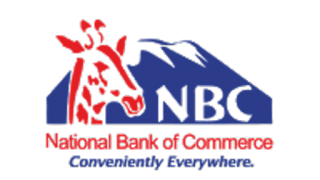 The Bank traces its origins to 1967 when the Tanzanian Government nationalised all financial institutions, including banks. In 1991, the banking industry was amended and six years later. Nafasi za kazi NBC Bank 2021

In 2000, South African financial services group Absa Group Limited acquired a majority stake in NBC. The Government of Tanzania retained a 30% shareholding and the International Finance Corporation (IFC), a member of the World Bank Group, took up 15% shareholding in the bank. The new entity became known as NBC Limited.

The NBC Citizenship approach has evolved over a number of years from a charitable agenda to a more sustainable approach that considers the broader impact NBC can have on society. We base our approach on three pillars.

NBC has announced new jobs. Click each position below to read details and apply: