No Result
View All Result
Home Jobs in Tanzania 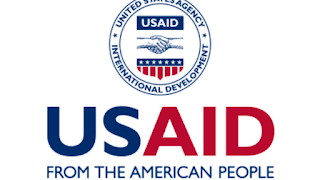 The United States has an unwavering and longstanding commitment to Africa. We engage African countries early and often as partners in pursuing our shared interests and values – from security, global health, climate change, freedom and democracy, and shared prosperity.

USAID helps empower Tanzanian women and youth who are essential to the country’s continued development but are among the most marginalized citizens.

Women’s salaries, for example, are on average 63 percent lower than those paid to men, while female-owned businesses make 2.4 times less profit.

Youth under age 15 make up 45 percent of Tanzania’s population of 55 million. Increasing access to economic and educational opportunities for young people will go a long way in helping ensure prosperity for all.

The U.S. Mission in Dar es Salaam is seeking eligible and qualified applicants for the position identified below at the United States Agency for International Development (USAID).

A copies of the complete solicitation, listing all duties, responsibilities and qualifications required, is available at: https://tz.usembassy.gov/embassy/jobs/
HOWTO APPLY: Job Vacancies at USAID / U.S. Embassy Tanzania 2021

Effective immediately only online applications will be accepted via usaidtzlesapps@usaid.gov

Applicants MUST follow instructions in the solicitation on the website. Failure to do so, will result in an incomplete application.

The deadline for submitting the application is 18 October 2021.