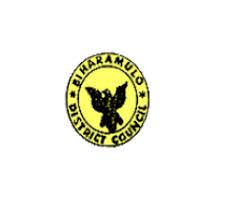 Being just south of the equator and within the climatic influence of Lake Victoria, Biharamulo District experiences even temperatures, with minima and maxima of 20° C and 30°C respectively, and a rainfall ranging from 600 to 1200 mm, depending on the altitude and agro ecological zone.

The Executive Director of Biharamulo District Council announces to all Tanzanians who are qualified and able to fill vacancies as shown  below: Biharamulo District is one of the eight districts of the Kagera Region of Tanzania. It is bordered to the north by Karagwe District and Muleba District, to the east and south by Geita Region, to the west by Ngara District, and to the southwest by the Kigoma Region. Its administrative seat is Biharamulo town.
Previous Post

Job Opportunity at Muhimbili University of Health and Allied Science