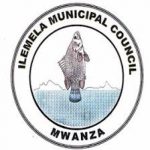 Ilemela District is one of the seven districts of the Mwanza Region of Tanzania with a postcode number 33200.It is bordered to the north and west by Lake Victoria, to the east by Magu District, and to the south by Nyamagana District. Part of the region’s capital, the town of Mwanza, is within Ilemela District. The district commission’s office is located in Buswelu area of Mwanza town.

For parliamentary elections, Tanzania is divided into constituencies. As of the 2010 elections Ilemela District had one constituency:

As of 2002, Ilemela District was administratively divided into ten wards. As of 2012, it was divided into nineteen wards having undergone some reorganisation.

Important Announcement for Those Called to TRA Interview March 2022

Important Announcement for Those Called to TRA Interview March 2022