Ruangwa is one of the five districts of the Lindi Region of Tanzania. It is bordered to the north by the Liwale District, to the south by the Nachingwea District and to the west by the Morogoro Region.

Ruangwa district was established in 1995 during the second term of President Ally Hassani Mwinyi, officially inaugurated in 1999 during the third term of the presidency of Benjamin Mkapa.

The region boasts an abundance of minerals and a huge agricultural potential. Being in the Ruvuma basin it has large deposits of graphite and uranium, among other commercially demanded minerals. With the discovery of minerals, the area has seen an influx of people working in the sector. This has put a pressure on existing social amenities such as hotels, guest houses and lodges. The road network is still poor as tarmac is less than 5 kilometers. The prime minister being the member of parliament for the area, rapid developments are expected as works on the road linking Ruangwa to Masasi are being constructed to tarmac level. 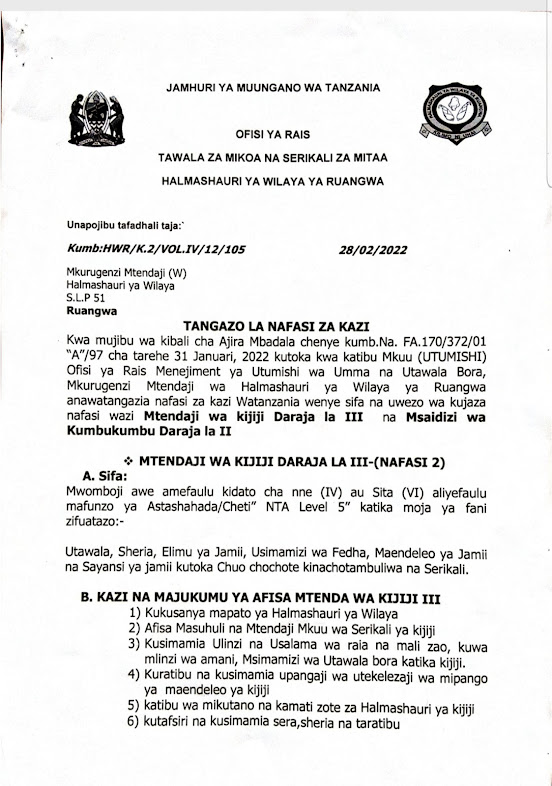 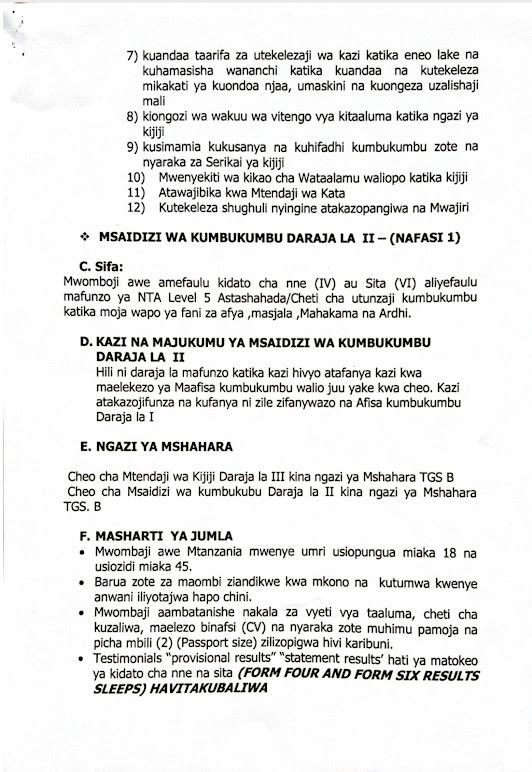 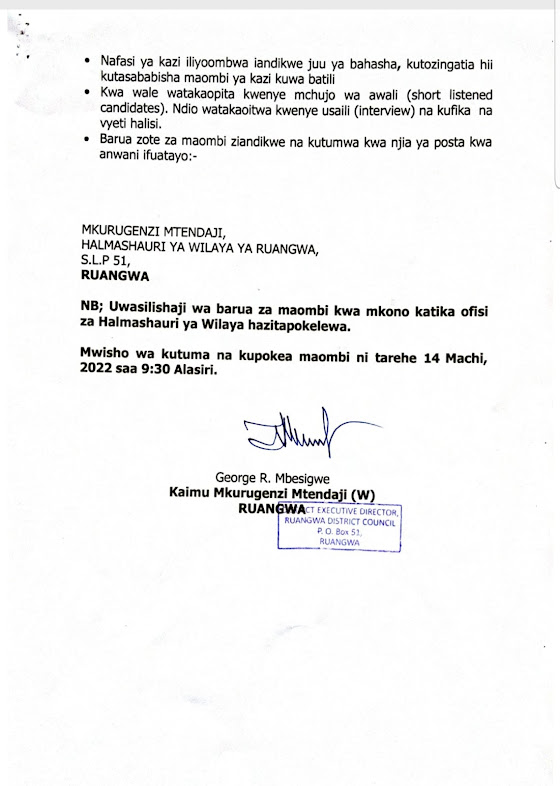 Deadline for The Application is 14/March/2022