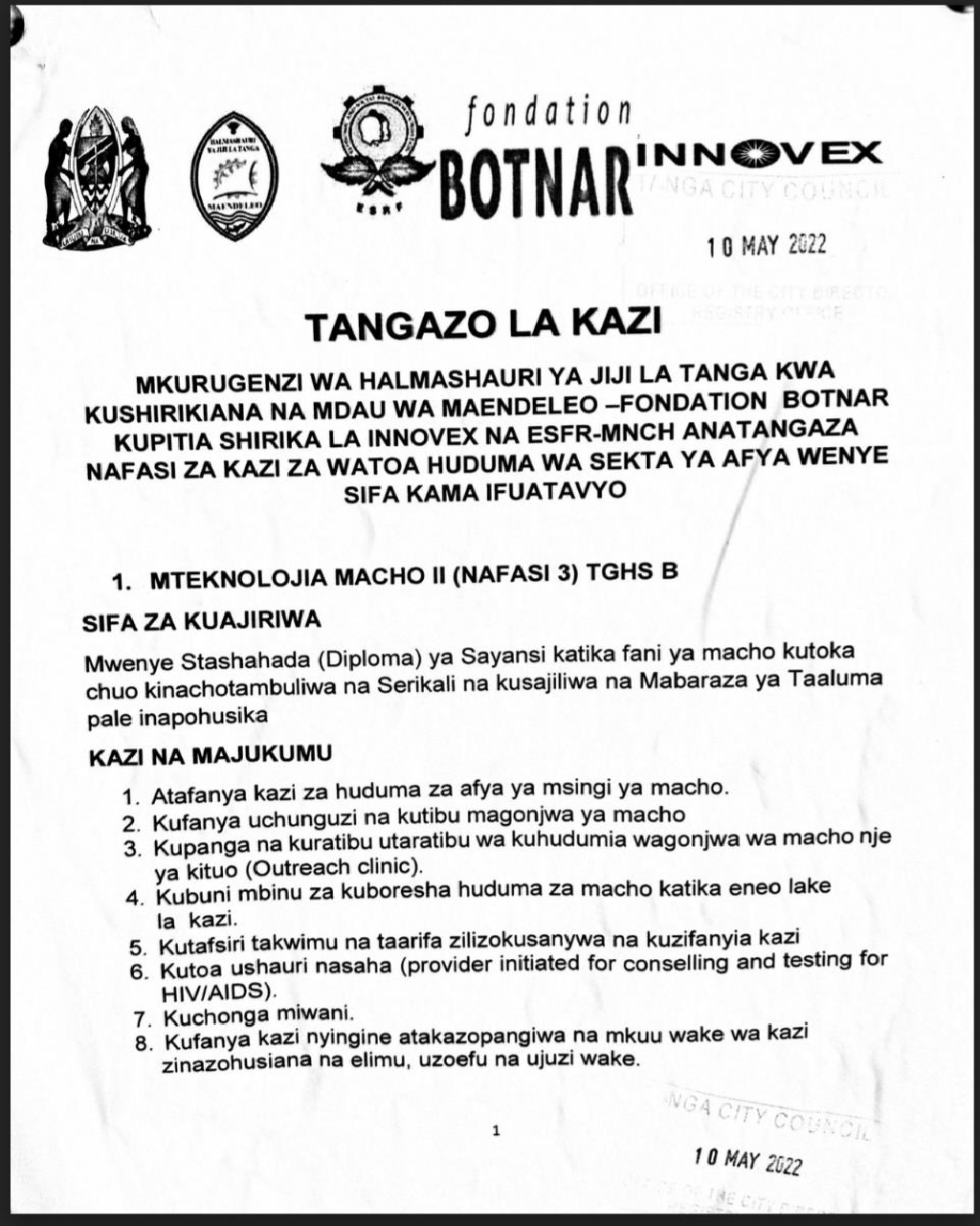 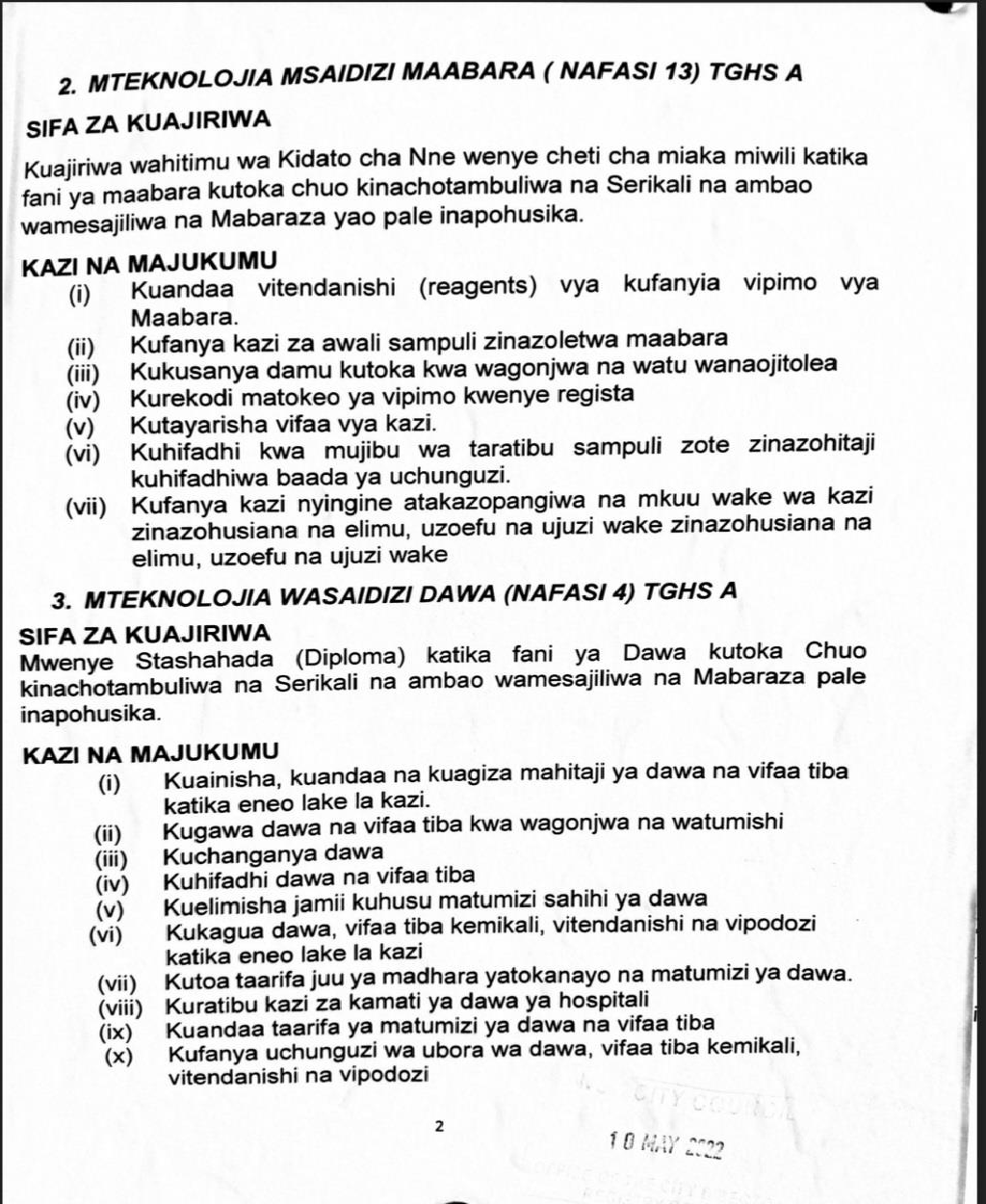 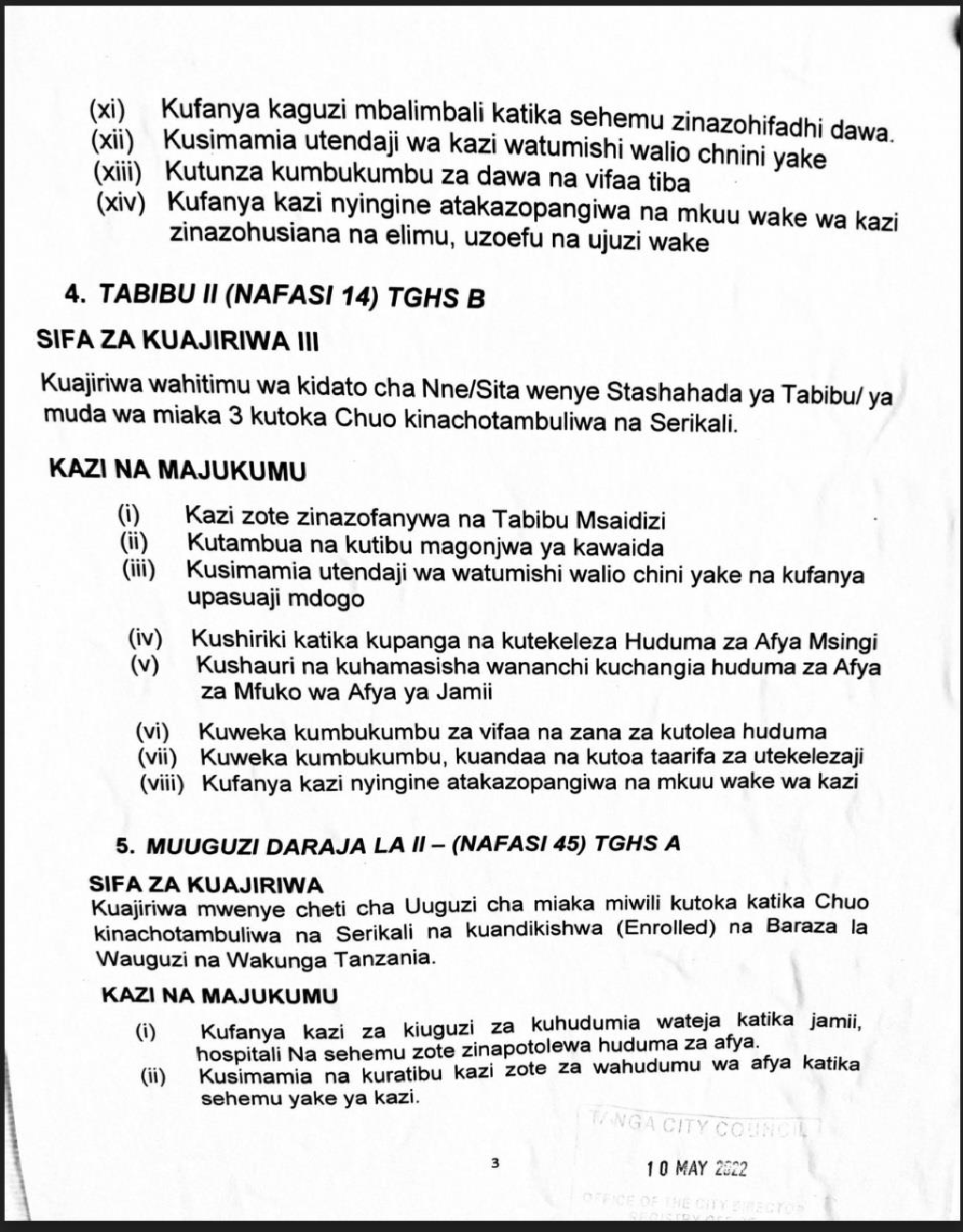 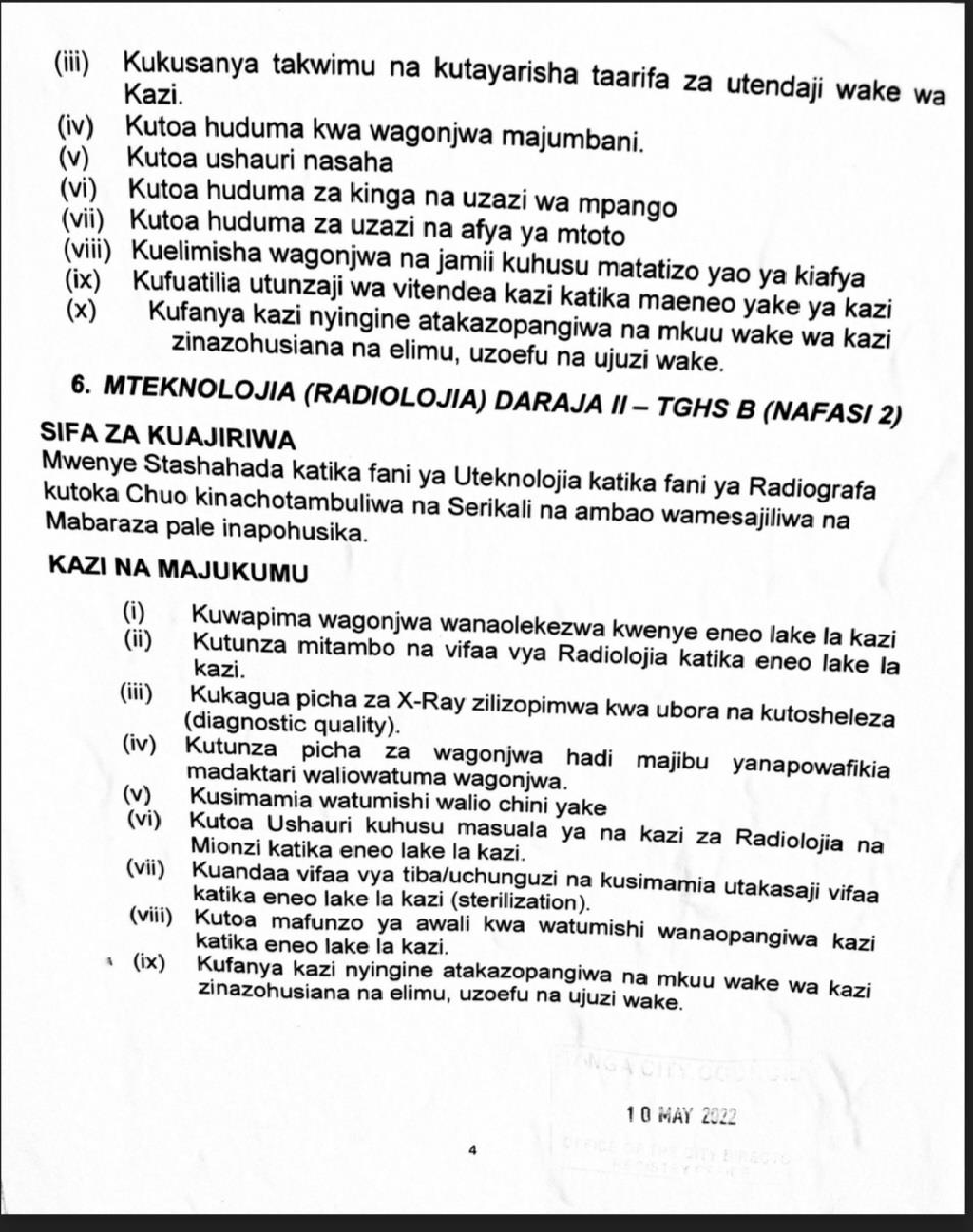 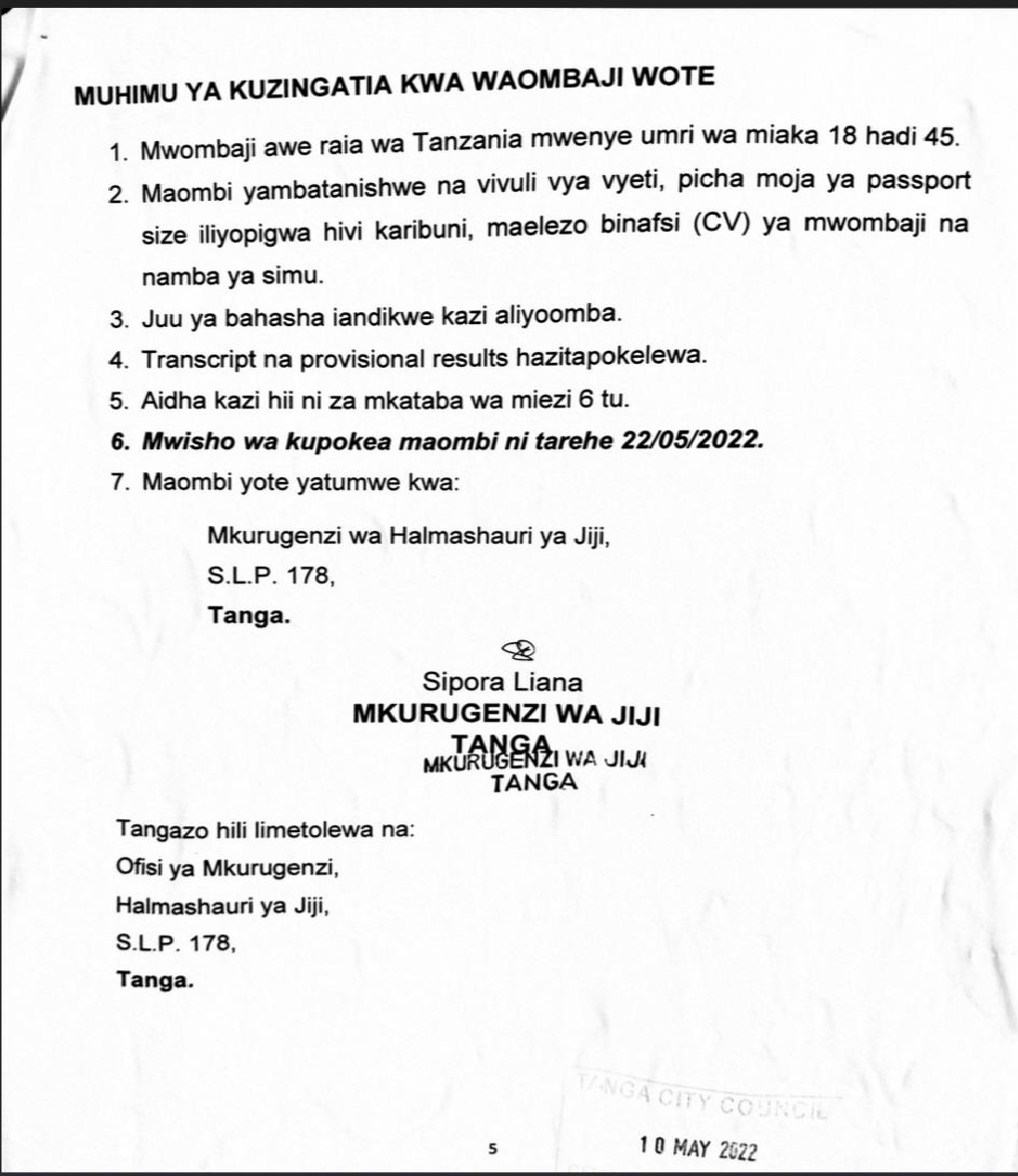 81 New Job Vacancies at Tanga City Council .
Tanga District originally included Muheza, Mkinga and Tanga Districts itself. Since 1961 Tanga District has had a City Council which was upgraded to a Municipal Council in 1983 and a City Council in 2005. Tanga City is located in the North East of Tanzania, bordering Muheza District Council on the West and South, North Mkinga District Council and East Indian Ocean. Tanga is located 350 km north of Dar es Salaam and 250 km south of Mombasa. According to the 2012 Population and Housing Census, Tanga City has a total population of 273,332 of whom 130,920 are Men and 142,412 are Women. The population living in urban areas is 221,127 equivalent to 80.9 percent of which women are 116,708 and 104,419 men, while people living outside the city are 52,205 equivalent to 19.1 percent of whom women are 25,704 and men are 26,501.

The Executive Director of Tanga City  in collaboration with Botnar Foundation, Innovex and ESFR MNCH is inviting applications from Tanzanians to fill 81 vacancies. Read full details from the PDF Document below:

The deadline for submitting the application is 22 May 2022

Administrative and Finance Officer (AFO) at LIRA Oils Limited May, 2022